Study Spotlight: The Wug Test – What Does Your Toddler Understand About Plurals? – BabySparks

0
Eye Problems in Babies & Toddlers: What Do they Mean?
22 July 2019
Speech
Study Spotlight: The Wug Test – What Does Your Toddler Understand About Plurals?
22 July, 2019 by BabySparks in Speech 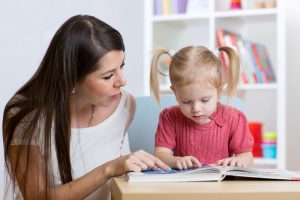 Do you have a 2 year-old? Try this at home: Find two of the same object – something your child isn’t familiar with (like a kitchen tool or uncommon fruit). Show him one of them and say: “This is a wug. Can you say wug?” Then, show him both objects together and say: “Now there is another one. There are two of them. Now there are two…”

What does he say? Does he offer the plural: “Wugs”?

When do Children Start Using Plurals?

Toddlers, in general, begin to use plural forms of words as they approach their second birthday, but it’s usually referring to object they’re familiar with. A 2 year-old may correctly say, “dogs,” for example, if he’s around dogs and hears his parents talk about them a lot. But what about when it’s an unfamiliar object (like a wug)?

When do Children Understand Plurals?

The question of when, exactly, children truly understand the rule of plurals traces back to 1958 and the classic experiment, ‘The Wug Test’. It was first performed that year by psychologist Jean Berko Gleason, who set out to see if children ages 4-7 truly grasped the rules behind making a singular noun plural, or if they simply memorized plurals based on what they heard.

Gleason showed children an image of an odd bird and told them it was a wug (a term they’d never heard before). Then she showed them two of the birds and said: “Now there is another one. There are two of them. There are two …”

Overwhelmingly, the children responded with “wugs,” showing that they did understand the rule of plurals. They couldn’t have memorized the plural of “wug,” as they could have with a word like “dog,” because they’d never heard it before.

But other researchers wondered: What about children younger than 4?

Research published in the Journal of Child Language in 2009 found that around age 2, toddlers enter a sort of plurals limbo, where they understand when nouns should be pluralized but they don’t yet understand how to do it.

The experiments went like this: Researchers showed the 2 year-olds a picture of an unfamiliar object, and called it a wug. Then, they showed the children a second picture. In half of the cases, the second picture showed two wugs. In the other half, it showed a wug alongside a different, unfamiliar and unnamed object.

When the researchers asked the 2 year-olds what they saw in the second picture, the majority of them said nothing at all, not even a singular “wug.” Japanese-speaking 2 year-olds, on the other hand, who have no plural rules in their language, didn’t hesitate to say “wug” whether there was one or two of them in the picture.

Researchers interpreted the English-speaking 2 year-olds’ silence to mean that they knew a singular “wug” didn’t apply to an image of two objects. They understood a rule of plurals existed – they just didn’t know how to use it yet.

Now it’s time to try this at home!